Goldilocks and the Three Lamps

Because Tracy asked, here is a peek at the house. The house is new, but working with our old furniture and possessions, hasn't exactly netted us a show place. Tracy has a really pretty home, and a great style of decorating. When it comes to decor, I am a floundering fool who loves blue. I don't have as much blue in this house, and I miss it.

If you are a Facebook friend, you know that our new living room furniture is now being placed in my mouth. I will be blogging about my teeth, but I will wait until at least phase one is completed. Let me just tell you, one has not lived until temporary veneers fall off three of their top teeth.

There is a reason the dentist wouldn't let me see after he drilled my teeth into teensy squares. Well, I showed him. I got a lovely peek when I bit into something and cracked off half the top. I am now terrified of eating until the porcelain versions are cemented in place. That would be a blessing, except pudding and ice cream have been my food picks. 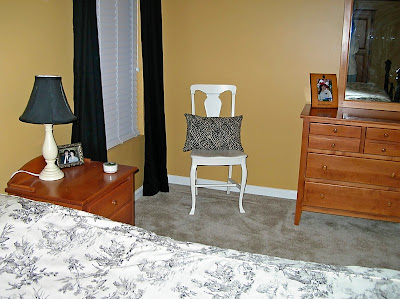 In our previous house in the Arctic, there was a long window above the bed.
The tiny lamps didn't seem as small, but with the high headboard, and the large wall, we needed different lamps.

The Shaker style furniture, which I chose in 1992, is not being replaced, even though am sort of sick of it. I don't hate it, but I really would love a something more traditional. SH would like a younger wife, but he is not replacing me. I have no idea why I thought of that. Maybe because my bra is really tight, and my brain...oh, wait, that's men who think with their... Breasts aren't genitals, right? When speaking of sex organs we don't include anything above the waist.

We found these lamps at Pier One. SH tried to talk me into the leopard shades, but just going for a more modern lamp base was being brave. 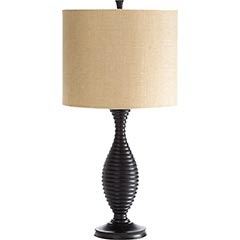 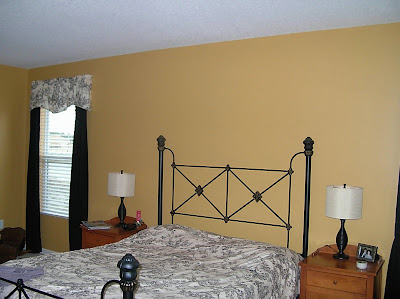 I loved these lamps, but they were too small.
Ignore the missing pillow shams. Most likely they were on the floor.
SH makes the bed, and he is not a fan of decorative pillows.
That is why we are down to two throw pillows, and they are always on the chair.
There appears to be an article of clothing on the bed. Just keepin' it real, as they say. 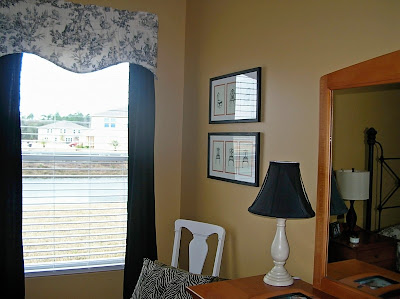 The shades on the dresser lamps need to be re-glued, or replaced.

Then I found what looked like the perfect lamp. 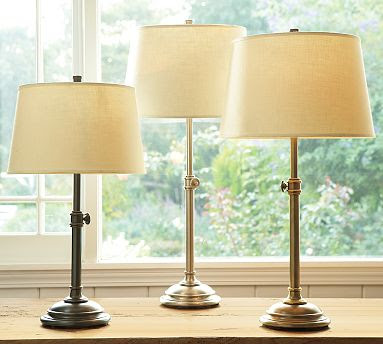 Pottery Barn Chelsea Lamps
Before we headed to PB, I suggested we run into Target.
SH grimaced (in his defense, I had dragged him through HomeGoods for over an hour), but off we went.
This was a good move, because we found lamps for a lot less money.
Of course we had to drive to a second Target, because the first store only had one shade.

Oh, and I totally embarrassed SH while we were at the second store. At the checkout I discovered a flaw in the shade. This meant that I had to go back and search through a stack until I found a flawless shade. The cashier, as well as SH thought I was being too picky, but I found a shade that was nice. 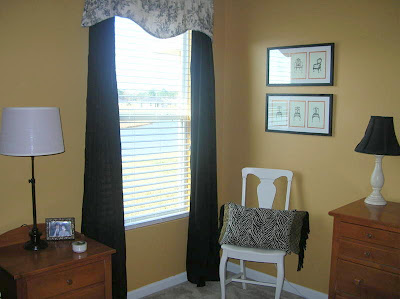 Target knock-off lamps
The shades are a textured beige linen, not white, like they appear in the photo.
I am 25 in the picture that is on SH's nightstand. He has never suggested updating that photo.

Last, but not least, I must thanks Mrs. Magpie for her suggestion of moving the smaller lamps to the dresser.
I am very happy with having a light to turn on when I enter the room, and I like the way they look.
Posted by Unknown 16 comments: