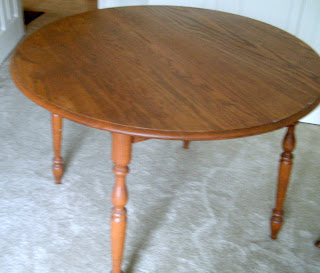 An unfinished oak table, which SH and I painstakingly finished, back when we were a young, fresh-faced cohabitating couple, served our family well as I served up scrumptious fare each night, while the kids were in their formative years. Any mention of the table's use as a backpack depository, or craft table, is purely the runaway imagination of my now grown offspring, who attempt modesty when discussing their completely perfect childhoods. 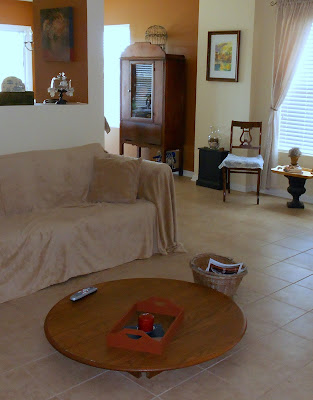 In hopes of convincing SH that forever altering the table was a grand idea, I removed the old coffee table, replacing it with only the tabletop. With no place to use his laptop, SH had no choice but to do as I wanted. 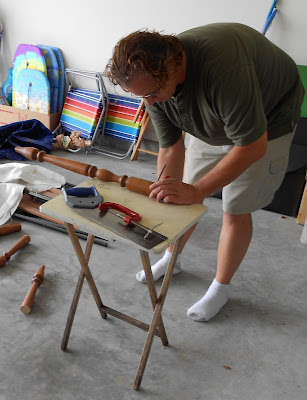 SH measuring, while attempting to suppress any thoughts of the fact that while other men have real workbenches, his work surface is a snack table. 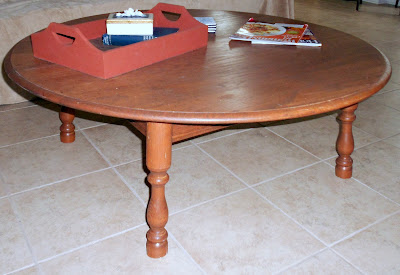 Yeah! A large and completely level coffee table, which SH created with only four cuts. In shock, he rewarded himself with a trip to the driving range, only to hit four balls before the rain started.  Suprisingly, he returned home, knowing I would find yet another project for him to tackle.